It is said that in the 6th century in Ireland, the King became suspicious of the powers that Piran had and that he was able to perform miracles so they tied a millstone to his neck and threw him off a cliff in a storm.

The seas calmed and Piran floated on the millstone until he reached the beach at Perranporth, where he came safely ashore. 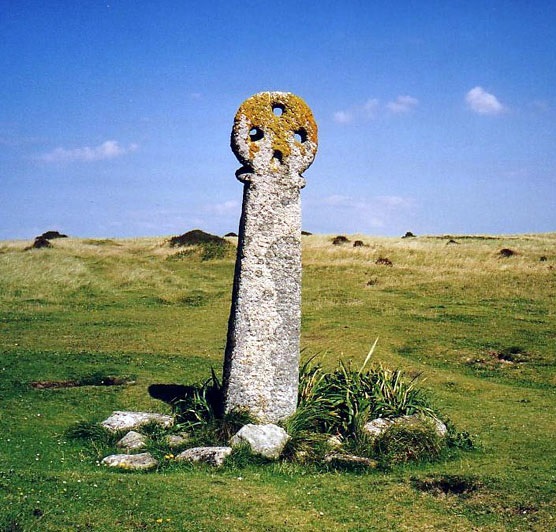 Piran built an oratory in the Penhale Dunes north of Perranporth where he promoted Christianity.

People flocked from all over the place to see him. This 8 foot cross stands a short distance from the remains of the Oratory.

St Piran is said to have discovered tin as he was burning black stone and it got so hot that white liquid leaked from the black stone in the shape of a cross, which is why it is believed that the white cross on a black background forms the St Piran Flag.

In reality though tin had been smelted many years earlier but the technique had been forgotten so St Piran actually rediscovered the method to smelt tin. 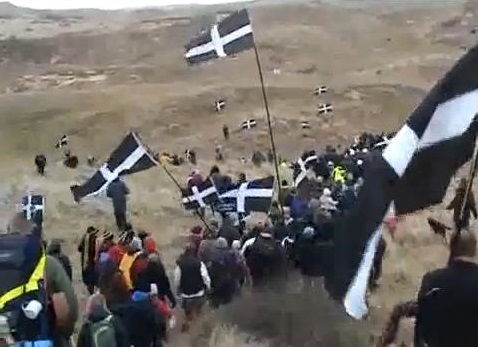 Each year St Pirans Day is celebrated on 5th March. Celebrations and events take place all over Cornwall but a key part of the day is at Perranporth where the legend of St Piran is re-enacted and where many people walk across the dunes to the Oratory holding a sea of St Piran flags – a spectacular sight!

Saint Piran is celebrated later in the year too in Perranporth – the Lowender Peran Festival takes place in October each year.