The RNLI in Cornwall

The RNLI in Cornwall 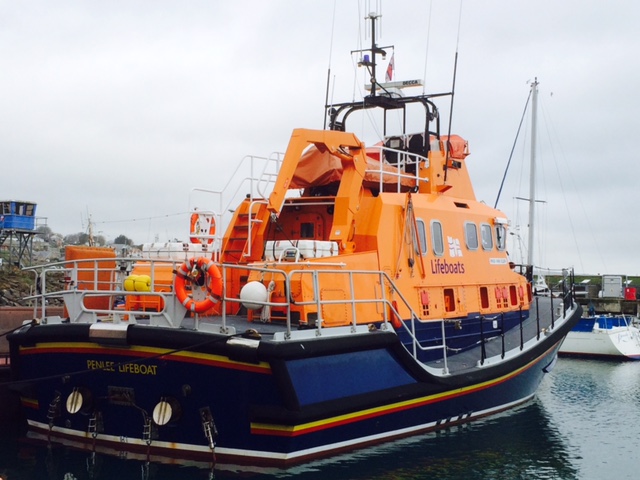 The D class inshore lifeboat has been the workhorse of the RNLI for over 50 years.

First introduced into the RNLI fleet in 1963, the design of the inflatable D class lifeboat continues to evolve to meet changes in demand and technology.

She is highly manoeuvrable and usually operates closer to shore than our all-weather lifeboats. She comes into her own for searches and rescues in the surf, shallow water and confined locations – often close to cliffs, among rocks and even inside caves.

When the Tamar class lifeboat was introduced into the RNLI fleet in 2005, she was the most sophisticated and safest lifeboat of the time.

The Tamar lifeboat was the first to be fitted with an integrated electronic Systems and Information Management System (SIMS), allowing the crew to operate the all-weather lifeboat from the safety of their shock-absorbing seats.

When crashing through the waves, the Tamar’s pioneering seat design absorbs most of the energy on impact, reducing the strain on crew members’ backs.

The Tamar is designed to be launched from a slipway – her mast and aerials can be lowered to fit inside a boathouse – and she can also lie afloat.

The B class inshore lifeboat is one of the fastest in the RNLI fleet.

There are two types of B class lifeboat – the Atlantic 75 and the Atlantic 85 – named after Atlantic College in Wales where these rigid inflatable lifeboats (RIBs) were first developed. 75 and 85 represent the lengths of the lifeboats – nearly 7.5m and 8.5m respectively.

Introduced into the fleet in 2005, the Atlantic 85 is the third generation of B class lifeboat and is gradually replacing the Atlantic 75.

The Atlantic 75 lifeboat joined the fleet in 1993, replacing the very first B class rigid inflatable lifeboat – the Atlantic 21 – which served from 1972 until 2008.

The Severn class lifeboat is the largest lifeboat in the RNLI fleet. She was developed in the early 1990s and introduced into the fleet in 1995.

As an all-weather lifeboat, the Severn can take on the worst sea conditions and comes into her own on long offshore searches and rescues.

She is designed to lie afloat, either at deep-water moorings or alongside at a berth.

The Trent class was the first all-weather lifeboat capable of 25 knots and a range of 250 nautical miles, setting the precedent for the RNLI fleet.

The Trent class lifeboat was developed in the early 1990s and introduced into the RNLI fleet in 1994.

She is designed to lie afloat, either at deep-water moorings or alongside at a berth.

Having experience of serving as DSO in the Coastguards in Cornwall for over 20 years we are passionate about making sure people stay safe around our coastline.  We always advocate wearing a lifejacket as well as taking other precautions to keep safe.