Veggies of the Sea 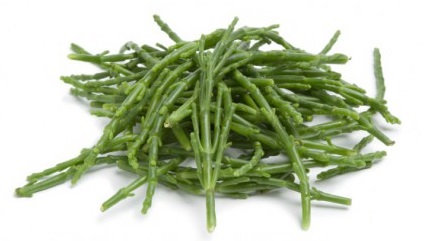 It’s not just the Japanese that are partial to a bit of seaweed – in recent years there has been a strong movement in Europe to introduce seaweed into our cuisine, with some success, although it can still be regarded as quite an exotic component of the menu.

And what’s not to like? Seaweed ticks the boxes in the nutritional stakes, being particularly high in vitamins A and C, niacin, folic acid and protein and very low in sugar and salt – once the water’s been washed off! And it’s cheap – free even, if you want to spend a happy hour or two foraging down the cove!

Ireland and Northern Ireland in particular are showing a renewed interest in seaweeds that were once a traditional part of the diet. Already on the market in many countries around the world are cooking books incorporating recipes using “sea vegetables” or “sea plants” – some enthusiasts are getting sniffy about the term ‘weed’ which implies something useless which no one wants!

With the current trend for consumers to embrace organically grown foods and ‘natural’ foods from clean environments, seaweed is receiving an increasing acceptance.

Before going foraging please make sure you are aware of the tides and weather forecast. It is very easy to get caught out by sudden weather fronts or be cut off from the tide. 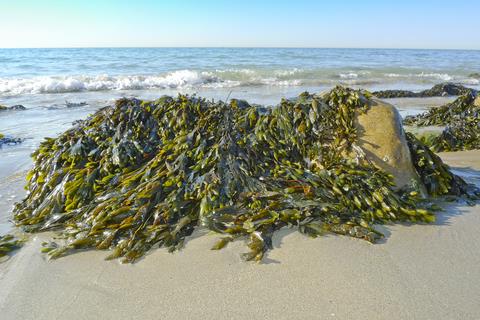 So what edible seaweeds can you expect to find around Cornwall’s Atlantic shores?

Probably your best bet is Laver, which is basically the Welsh name for red sea weed. It’s got lettuce-type leaves which are almost identical to Japanese nori – the one you see wrapped around your sushi. 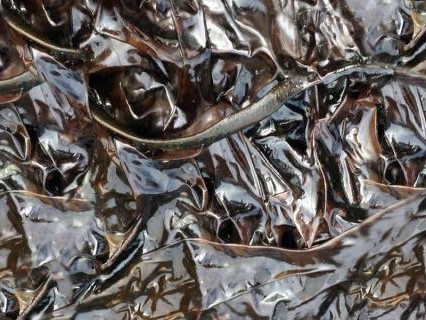 Laver grows in inlets on the Atlantic coast of Northern Europe where some fresh water dilutes the salt and is termed a ‘capricious’ weed meaning it changes its location frequently. When cooked it is called laver bread or bara lawr in Wales where it is sold ready made in local markets on the south and west coasts. Well washed and cooked for about five hours, it becomes a thick dark-green puree.

Traditionally it is mixed with a little oatmeal and shaped into small round cakes which are then fried in bacon fat and served with bacon for brekkie. Laver is also eaten with potatoes or as a sauce for roast lamb with lemon or orange juice. You can get it in cans from some delis but it’s a vastly inferior product and anyway, why pay for it when you can forage your own?

Usually referred to as sea spaghetti, this most closely resembles spinach tagliatelle in appearance. 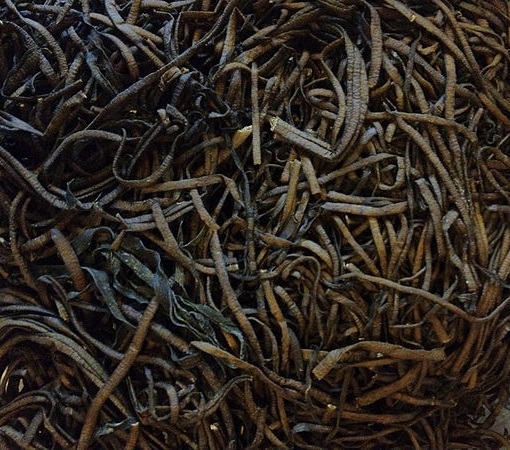 The typical habitat is on gently-sloping rocks at semi-wave-exposed shores. It is found on gently shelving rocky shores, particularly those with moderate wave exposure.

Foraging for seaweed is a lot less risky than looking for mushrooms although there is one called Desmarestia which can be a bit nasty, you are very unlikely to come across it though as it only grows in deep water.

Always check the water quality before foraging for your edible seaweed. 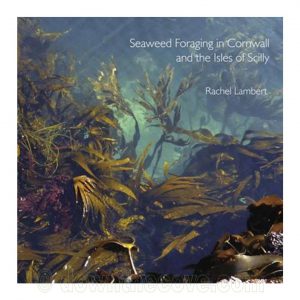 Gifts for Foodie...
Seaweed Foraging in Cornwall & the Isles of Scil... £9.95
Read more 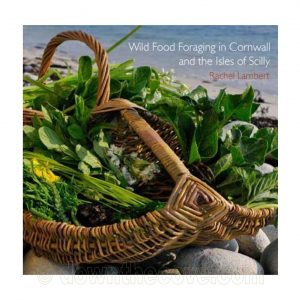 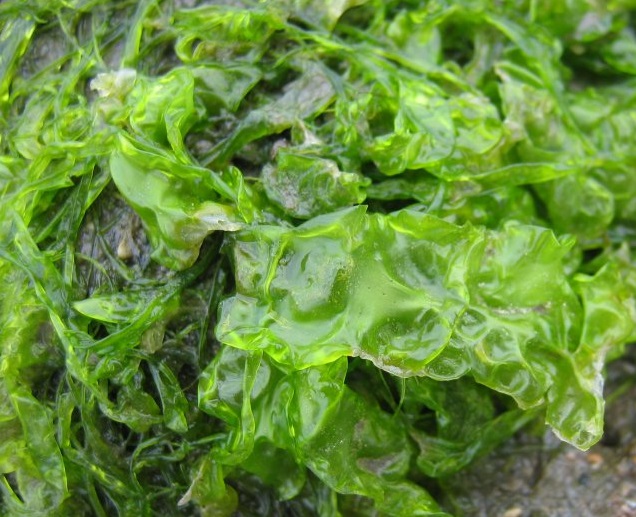 We’ve all seen this one: also known as green laver, this is commonly found attached to rock pools around our coastline. Out of the water the seaweed looks like a rather slimy lime-green mass, but in the water it actually does look very much like young lettuce leaves. It can be eaten raw or can be cooked in stews and soups, some people even make risotto out of it. It can also be made into a type of fritter by chopping finely, boiling for half an hour, mixing with grated cheese and oatmeal before forming into patties and frying.

This is another one we’ve all seen on the shore – it grows profusely in a wide variety of situations from exposed rocky shores to saline lagoons. 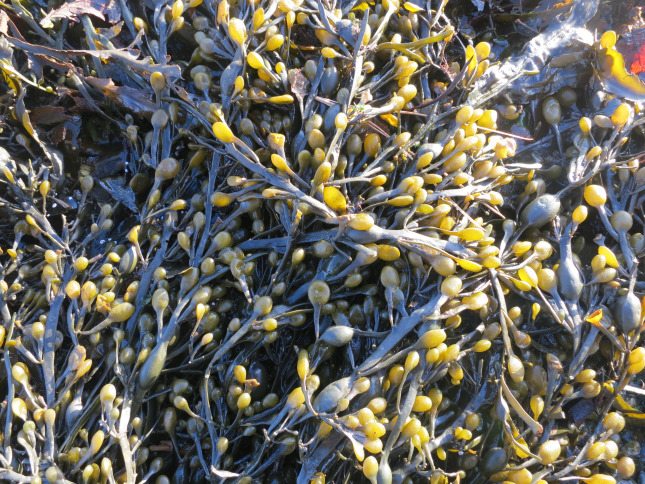 It can vary in colour from olive green through reddish brown to almost black and typically about 40cm in length (though fronds can grow up to 1m long). You recognise it by the small gas-filled ‘bubbles’ which occur in pairs one on either side of a central midrib running along the the centre of the strap-like frond.
While this is most commonly used as a food in Japan, interest in the West is growing, as, being a thyroid stimulant, some experts think it could counter obesity by increasing the metabolic rate. It is also known to help women with abnormal menstrual cycling patterns and/or menstrual-related disease histories.

Typically it is stored dried and makes a very nutritious tea as well as being used in soups (particularly Japanese-style noodle soups) and can be added to any soup or stew as a flavouring. Another similar type of seaweed, serrated wrack, has similar properties, can be found in abundance along the Cornish coastline, and is similar to bladderwrack but without the ‘bubbles’. 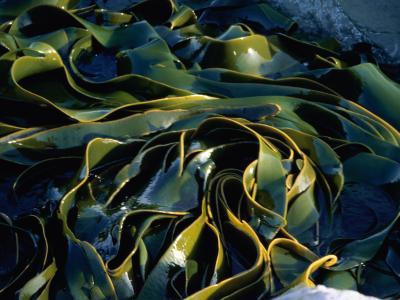 Another very common seaweed on our shores, in fact it’s also known as common kelp, this used to be sold as ‘tangle’ in Scotland and was said to taste of peanuts! It grows profusely just under the water at low tide and can spread over a very wide area. They are brown seaweeds, with elongated, branched, fronds that can grow to 1.5m in length. As an edible seaweed it can be substituted in any Japanese recipe calling for ‘kombu’ and can be shredded and pickled as a condiment. It also dries well for later use. It is extremely useful in that it provides the umami flavour (making any dish more moreish) and can speed up cooking times in, for example bean stews as it softens the beans and thickens the stew at the same time. Common kelp becomes translucent, tender and very tasty after extended boiling. 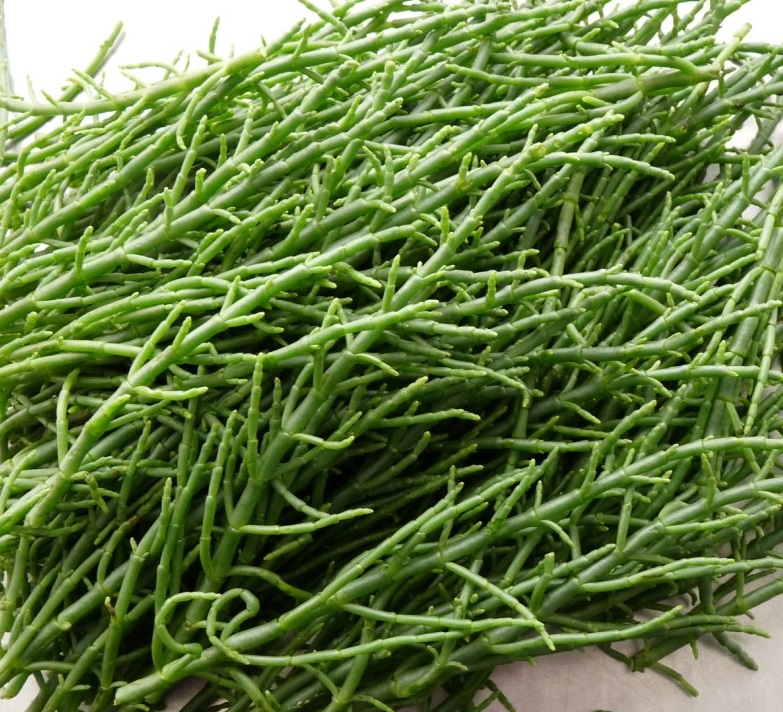 While you’re out down the cove why not look out for wild samphire which is a very posh veg, Tesco sell it in its Finest range at an eye-popping £17.50 a kilo which may give you a bit more motivation to forage for your own. Samphire grows in cracks in the rock in cliffs or on stoney ground above the tide mark – its fleshy leaves are rich in iodine and can be used principally to flavour soups or salads.

It’s also worth serving on its own, asparagus style, after rinsing thoroughly in fresh cold water – just cook them, roots and all, in a steamer, or in simmering unsalted water, for 6-8 minutes until tender but still crunchy. Drain and serve on warm plates with melted butter. It’s fun to eat too – just pick up the sprigs by the slightly woody root and strip the tender green flesh with your teeth (practice makes perfect).

This is a cabbage-like plant growing close to the sea in shingle or shingle and sand. This was very popular in the 19th Century and commercial demand actually depleted numbers quite dramatically. It’s on the increase again now but shouldn’t be over-picked; just a few stems from each plant and let it grow to seed. 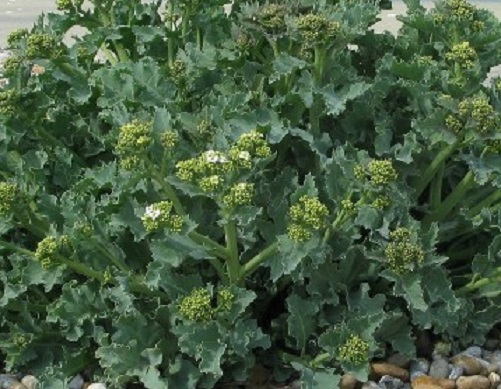 Early spring is the best time to pick – the young leaves, stalks and broccoli-like flower heads are all edible but become a bit tough and bitter later in the year. It’s worth digging down a bit to reach the pale shoots under the stones – the taste the best.

Treat sea kale pretty much like purple sprouting broccoli – wash well and cut away any tough stalks, steam or boil in salted water for 8-15 minutes until tender then toss in butter and season with black pepper and sea salt. 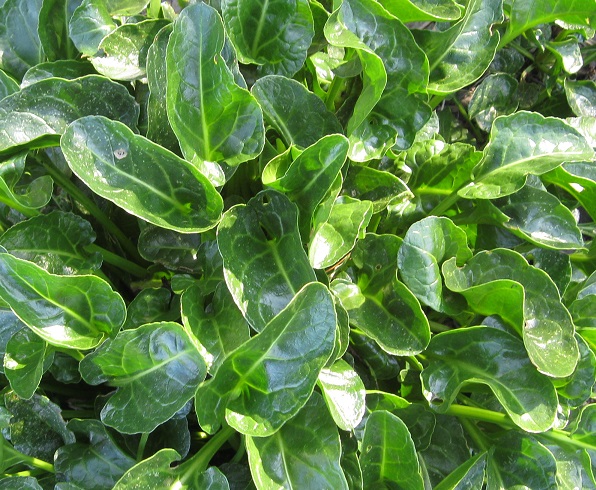 Now this is the mother of all spinach! The ancestor of our cultivated forms of beet from Swiss chard to beetroot. You’ll find it in challenging places, anywhere there’s a salty sea breeze so cliffs, coastal footpaths and sea walls. The thick, leathery leaves are even more succulent than those of cultivated spinach varieties; leaves can be picked all spring and summer from about late March. Early year stalks may be tender enough to cook with the leaves but usually should be cut off and discarded. Like any spinach, wash the leaves thoroughly to remove any grittiness. Basically, fresh sea beet can replace spinach in any recipe!