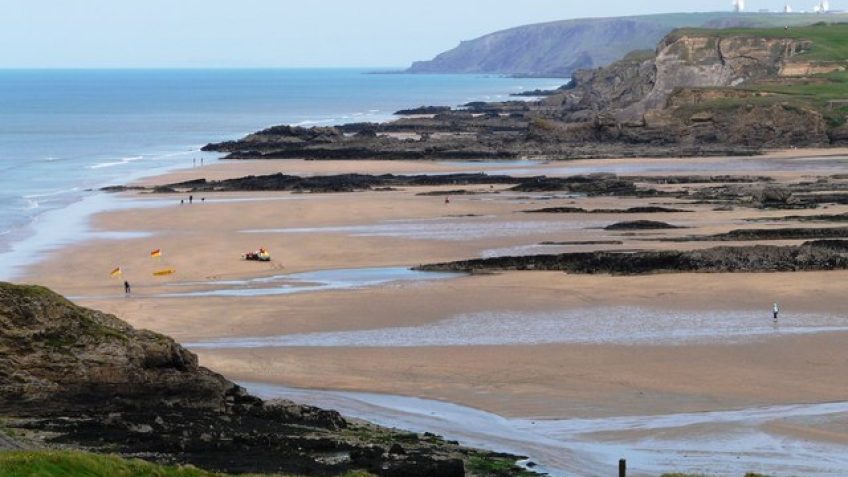 Bude is a holiday resort whose popularity began with the Victorians. In 1823 a canal was dug to enable sand to be taken in land to be used as fertiliser. Some of this canal remains and is a popular destination for boating and fishing. The small harbour area in Bude has some commercial fishing boats used mainly for lobster and crab but the majority of boats are used for pleasure fishing.Budes beaches (Summerleaze & Crooklets) are a great place for surfing

These are situated north of Bude, with Morwenstow being the most Northerly parish in Cornwall. Robert Stephen Hawker who wrote the Cornish Anthem ‘Trelawny’ in 1824 was vicar at Morwenstow. The first harvest festival is said to have been held in the church at Morwenstow.
Coombe is the site for many satellite dishes and these can be seen on the clifftop from a fair way down the coast.

Widemouth Bay is the largest beach in the Bude area and is situated just south of Bude itself. It is easily accessed as it is adjacent to the main coast road. Great for surfing and fishing.

Duckpool is a small cove at the foot of a windy lane. It has a small parking area and public facilities. The beach is mainly rocky and pebbly with lots of rock pools but also has a sandy area at low tide.

Sea Fishing in the Bude area

Widemouth Bay is a great beach to fish from if you want to catch some flatfish. You should fish on an incoming tide.