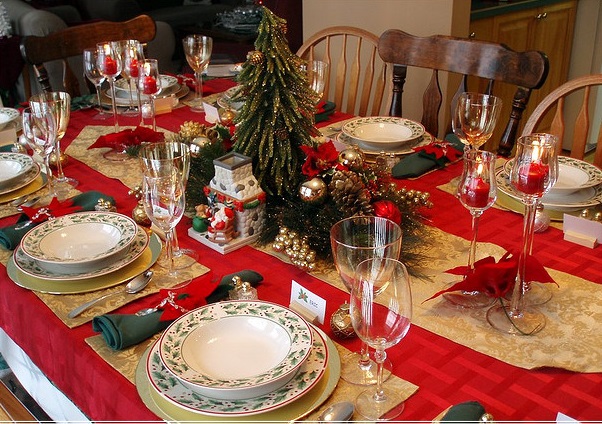 Apart from a bit of smoked salmon, fish doesn’t really get a look in at Christmas. Here’s why we think it should…

To us Christmas is all about turkey, which, as we’re an island, seems a bit daft to some of our European and Transatlantic friends. Take Italian-Americans who on Christmas Eve enjoy the Feast of the Seven Fishes which does exactly what it says on the tin – it’s a feast typically consisting of seven different seafood dishes. However, some families have been known to celebrate with nine, 11 or even 13 different fishy platefuls. This celebration commemorates the wait, the Vigilia di Natale, for the midnight birth of the baby Jesus.

Similarly, the Wigilia or ‘Vigil’ on Christmas Eve is the main focus of the Polish Christmas and the meal always features as its centrepiece a whole baked fish such as trout, carp, perch or pike. Also known as the ‘Star Supper’ as the meal doesn’t start until the first star is seen in the sky, pickled herrings, salmon and caviar also make an appearance during the 7-8 courses. It’s also believed that animals can talk on this one night of the year but we’ll leave that for another time!

It’s the one meal of the year which has to scream ‘wow factor’ but there is absolutely nothing to stop fish being the undisputed star of your Christmas meal. A whole baked bass, snapper, gurnard, turbot or salmon is a spectacle to easily match a turkey at any time. And what about the luxury that oysters, lobster, scallops and crab bring to the table?

And the cooking is a heck of a lot easier too – no rising at the crack of dawn to start the six hour roast, no basting and no faffing around with oven temperatures. Turbot in particular is a chef’s dream, as poached or steamed whole it retains plenty of moisture during cooking, preventing it from drying out – making it ideal for feeding the multitude. Whole snapper is great grilled, pan-fried, baked, roasted, barbecued, and will take as much flavour as you can throw at it.

Only last week the Daily Mail reported that turkey prices were up 20% this year with even a frozen (who knows how old?) bird capable of feeding 10 (approx. 6kg) costing upwards of £20. Waitrose has similar size turkeys in its Essentials range at £50+ while at the upper end of the scale, a Copas traditional 6kg bird will cost around £90 with the ultimate Copas free range organic costing just under £150. That buys a lot of fish! Cornish fishmonger prices for the week beginning Nov 25th were around £4.46 per portion for Cornish sole (megrim) monkfish tails £7.44; sea bass £7.53; turbot at £9.50 and even Dover sole is around £11.50. All landed at Newlyn and other Cornish ports, all fresh and all delicious.

This indulgent treat, perfect for Christmas lunch, comes from www.thecornishfishmonger.co.uk

BACON ROASTED MONKFISH
Infused with the aroma of sage leaves, wrapped in bacon and roasted, this tender fillet is finished in an onion-balsamic sauce.
Ingredients
1 monkfish tail (boneless & skinless) or1 whole Cod fillet (skinless)
10-20 bacon rashers (depending on the length of the fish)
8-12 fresh sage leaves
For the sauce:
3 large red onions, coarsely chopped
1/2 cup firmly packed light brown sugar
1 cup dry red wine
1 tablespoon balsamic vinegar
1 vegetable stock cube
Method
Cut the monkfish tail or cod fillet lengthwise into two long strips.Lay the bacon side by side across a clear surface to form a rolling mat. Place one piece of fillet along the longer edge, then the sage leaves, salt, pepper and the other piece of cod fillet (which we suggest you turn around so that the size of the roll will be even on both ends). Roll and tie up the fish and bacon. Bake at 200º C for 20 minutes or until the bacon is crispy.
For the Balsamic sauce, pan fry the chopped onion in butter over medium heat for 15 minutes, stirring occasionally. Add the sugar; cover and cook for 10 minutes, stirring occasionally. Add wine, vinegar, and stock cube; cook uncovered, stirring occasionally until the liquid is reduced by half. Slice the roasted fish while hot, serve with the balsamic sauce as a delicious main course.

Whatever you end up having for Christmas Dinner, we hope you enjoy it and have a fabulous day!
Many thanks to Tim Palmer for the content of this blog.